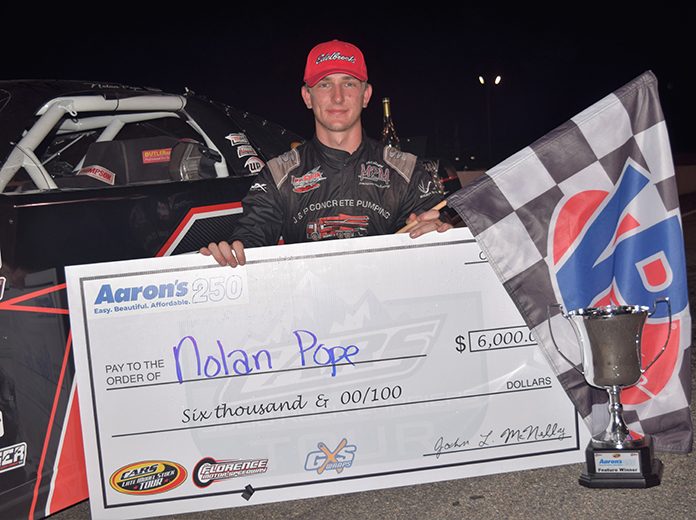 TIMMONSVILLE, S.C. – Nolan Pope claimed his first Solid Rock Carriers CARS Tour late model stock victory in thrilling fashion as the tour made its debut at Florence Motor Speedway on Saturday night. Matt Craig also visited victory lane in the super late model division after claiming his third victory of the campaign. Johnson assumed control of the lead and encountered little resistance from the likes of Cox and Peters, but a mechanical issue on Lap 69 forced him to bring his Late Model into the pits, denying him his first career victory. “I had no idea that was even for the lead,” Pope said. “We struggled really bad at Bristol, but tonight we had a really good car,” Craig said. “With the All-American 400, 32 cars start that race,” Craig said.