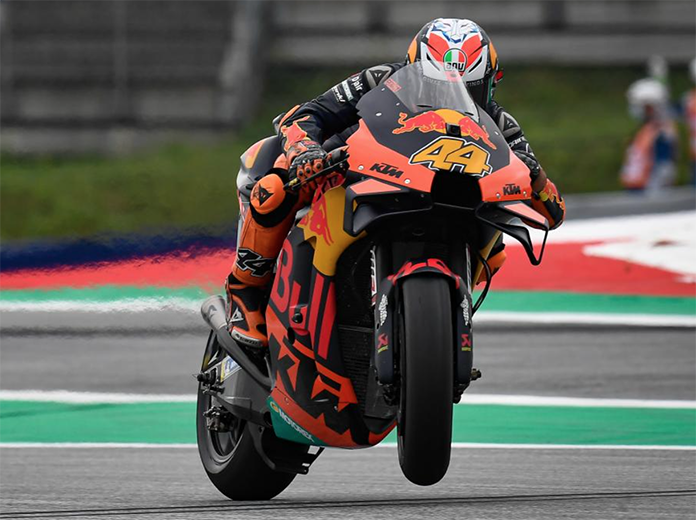 SPIELBERG, Austria – The Red Bull KTM Factory Team continued its recent strong form Friday as rider Pol Espargaro topped the MotoGP practice charts at the Red Bull Ring. One week after Espargaro’s rookie teammate Brad Binder earned his first MotoGP win and the first victory for the team in MotoGP competition, Espargaro put the squad on top of the practice charts with a 1:24.193 during the first practice. With rain slowing speeds during the second practice, Espargaro’s time from the opening practice stood as the fastest of the day. Ducati’s Andrea Dovizioso was second fastest Friday, .044 seconds off the time set by Espargaro. Jack Miller, riding for Pramac Racing, was the fastest in the second session at 1:26.475, more than two seconds off Espargaro’s time from the first practice.