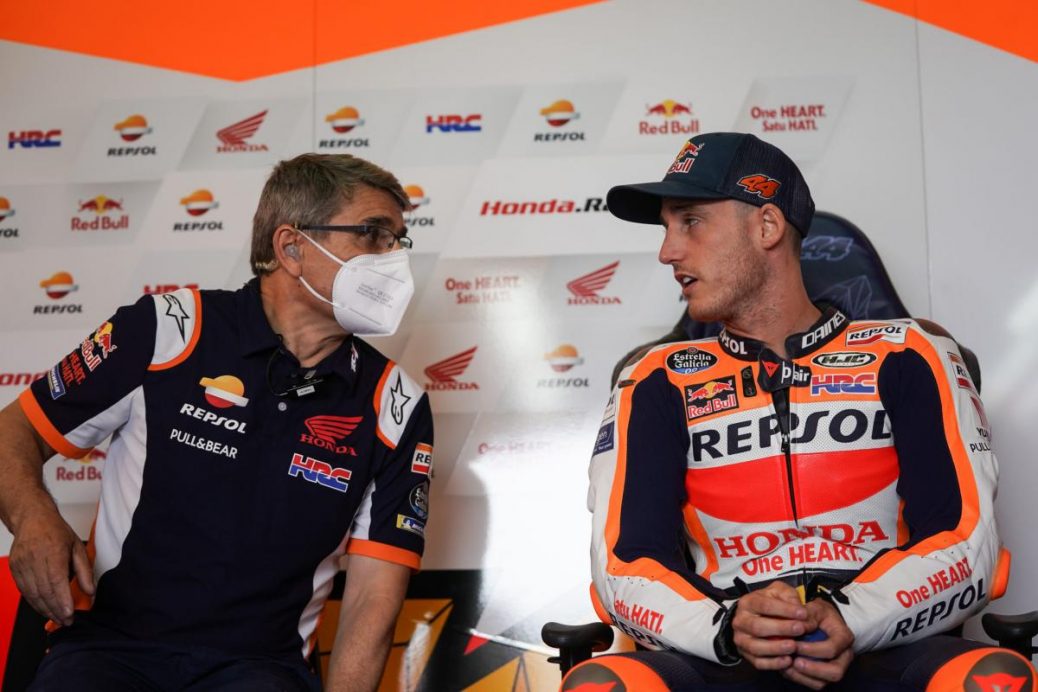 Repsol Honda have announced that Pol Espargaro has avoided any serious injuries after an FP3 crash but will not take any further part of Saturday’s action at the Motul Grand Prix of Valencia. Thankfully the Repsol Honda rider was conscious as he was taken to the medical centre for further examination at the Valencia GP. Following a brief examination at the circuit’s medical centre, Repsol Honda team boss Alberto Puig said he had a potential injury to his rib and thoracic area. After undergoing further examinations at Vithas Hospital October 9, HRC have tweeted that the number 44 will be absent from the rest of the day’s action, but that he ahs avoided any serious injuries.