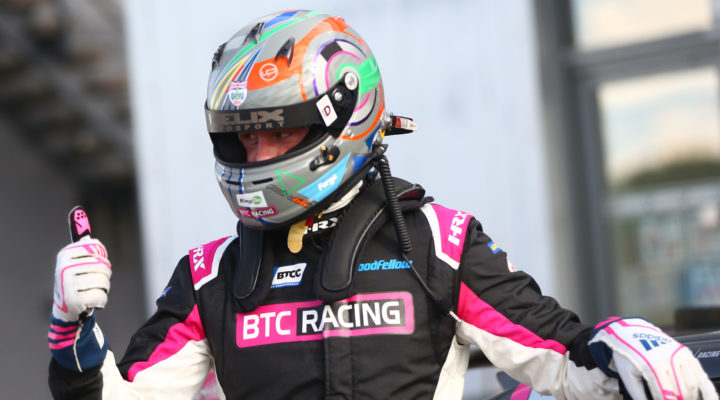 PODIUMS AND POINTS FOR BTC RACING AT DONINGTON PARK

BTC Racing celebrated a promising start to the 2020 Kwik Fit British Touring Car Championship at Donington Park claiming a podium finish, Jack Sears Trophy, and points in all three rounds during an action-packed opener, as the squad now turns its attention to rounds 4, 5 & 6 at Brands Hatch’s legendary GP circuit this weekend (8/9 August). We’ve shown resilience to come back from the back of the grid to take a podium in the last race. We went from the back to the front there with Josh last year and finished second in the last race of the season. Cook #66:
“Being taken out in race one put us on the back foot for the rest of the weekend. “I’ve come away with points in all three races on my first weekend with the team, the first weekend in the Honda, and with my new engineer. It was the perfect end to my first weekend in the Honda with the BTC Racing team.