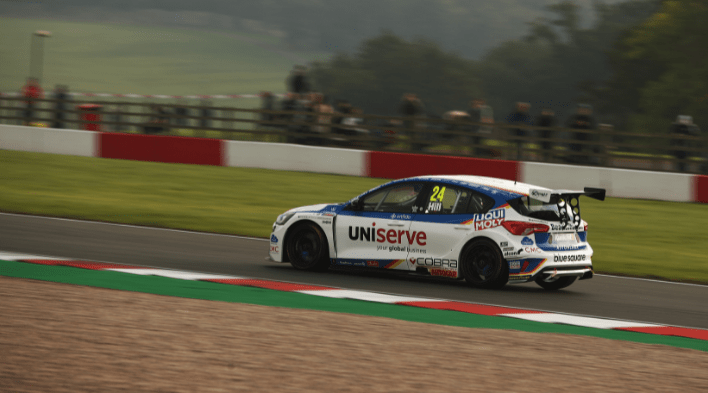 PODIUM AND POINTS KEEP HILL IN TITLE FIGHT TO THE END

MB Motorsport accelerated by Blue Square driver Jake Hill summed up the penultimate weekend of the 2021 Kwik Fit British Touring Car Championship as a ‘tough start, but a fantastic finish’, having taken his ninth podium of the season in the final race at Donington Park. Despite losing places initially in his ballast-laden Ford Focus ST, Hill was back into 13th by the end of the opening lap. After the restart, Hill began charging through the pack, and by lap ten was into the top 20, finally passing Taylor-Smith to finish a hard-earned 17th. From 17th on the grid, another less than ideal start saw Hill slow away, before immediately buckling down to work his way into the points within three laps. Following a safety car period which started later in the lap, Hill set after Rowbottom, pressuring hard until a brave move saw him past and into second on lap ten.