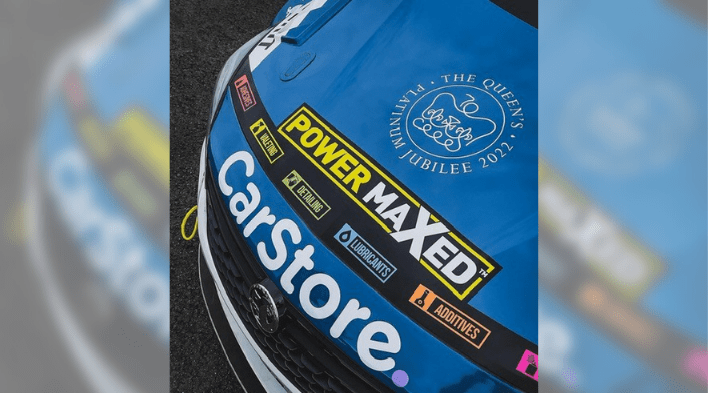 PMR READY FOR HIGH-SPEED THRILLS AND JUBILEE CELEBRATIONS IN HAMPSHIRE

As CarStore Power Maxed Racing prepares for this weekend’s rounds of the Kwik Fit British Touring Car Championship at Thruxton (28/29 May), the Bidford-based outfit has revealed it will be honouring the upcoming Royal Jubilee in Hampshire. Hand’s weekend saw the 28-year-old clinch an impressive 13th in qualifying, and work through the pack ahead up to 11th by the end of race one. Caught up in the same incident as his team-mate, Hand would also retire from round five, but made progress in race three from 25th on the grid to take 21st. Race one was pretty good, we made some progress, but what happened in race two was pretty frustrating and did end our weekend early.“That’s in the past though now, I’m just focussing on Thruxton and hopefully putting together our best weekend of the season so far. “Our weekend [at Brands Hatch] was successful in many ways,” added Hand. That’s something we definitely had over the weekend and something we can build on.