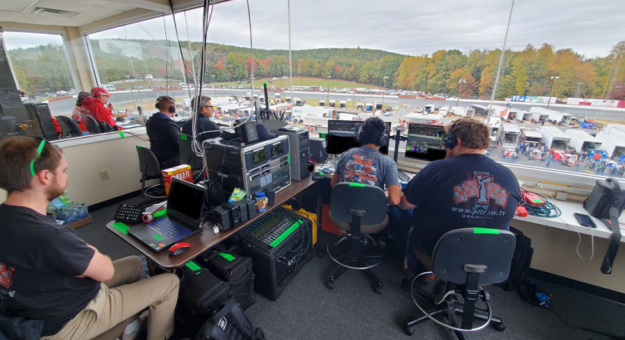 SPEED SPORT streaming affiliate Pit Row TV recently earned one of broadcasting’s most prestigious honors — a Telly Award. Tony Stevens, owner of Pit Row TV and voice of the CARS Tour, discussed the award-winning broadcast. At the time, that was the biggest and most complex broadcast we had attempted to do. The amount of work that goes into a typical broadcast begins long before show time. “Setting everything up, doing what we’ve got to do. Despite the multitude of hours that are necessary to reach the starting line of beginning the broadcast, Stevens’ confidence in his team beams. “That sets the standard for how people expect to consume a sporting broadcast,” Stevens said.