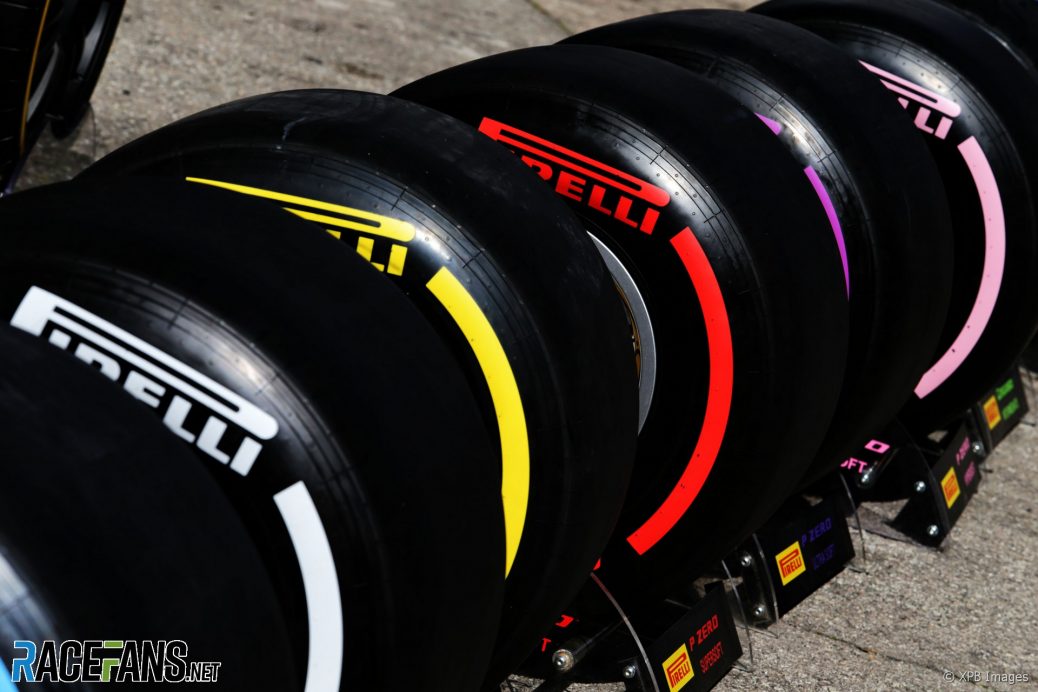 Pirelli will use numbers to describe the different tyres compounds it will offers teams in the 2019 F1 season and hopes to reduce the range from seven to five.
Pirelli: “One is the hardest and five is the softest.”
Pirelli: “If we have six then six will be the softest.”
Pirelli: “We’ll inform the teams [using] ‘compound one, compound two, compound three…’ and we’ll tell them not hard, medium, soft that will be white, yellow, red, but we’ll give them the numbers.”
Pirelli therefore hopes to cut its tyre range to five slick compounds next year.