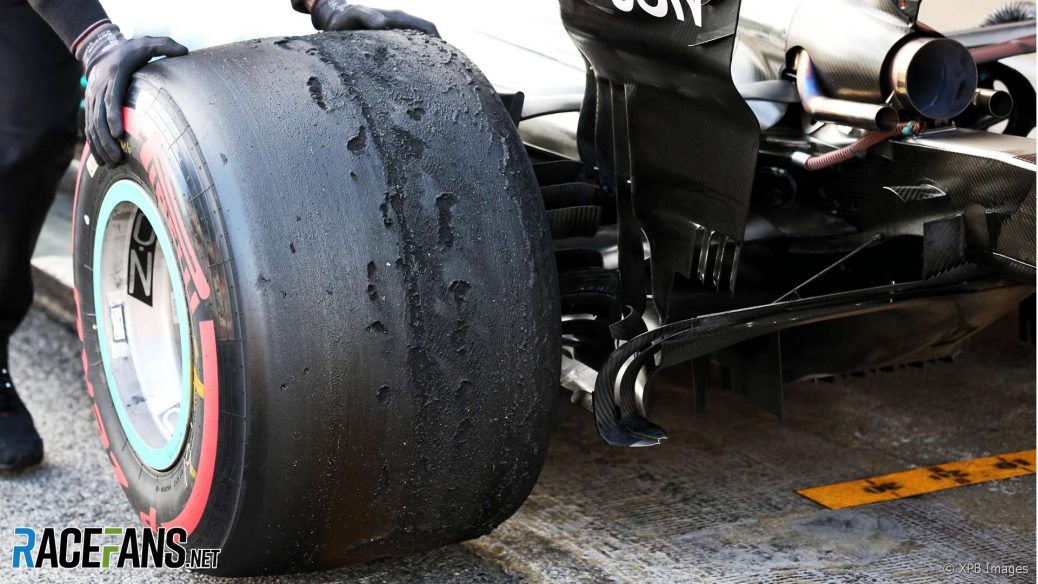 Pirelli is confident the changes to its tyres for the 2019 F1 season have addressed the problem with blistering it experienced last year.
Formula 1’s official tyre supplier used special, thinner-tread rubber for last year’s Spanish, French and British rounds in response to the blistering several teams experienced during pre-season testing.
The teams had their first chance to test Pirelli’s full tyre range for 2019 in last year’s post-season test in Abu Dhabi.