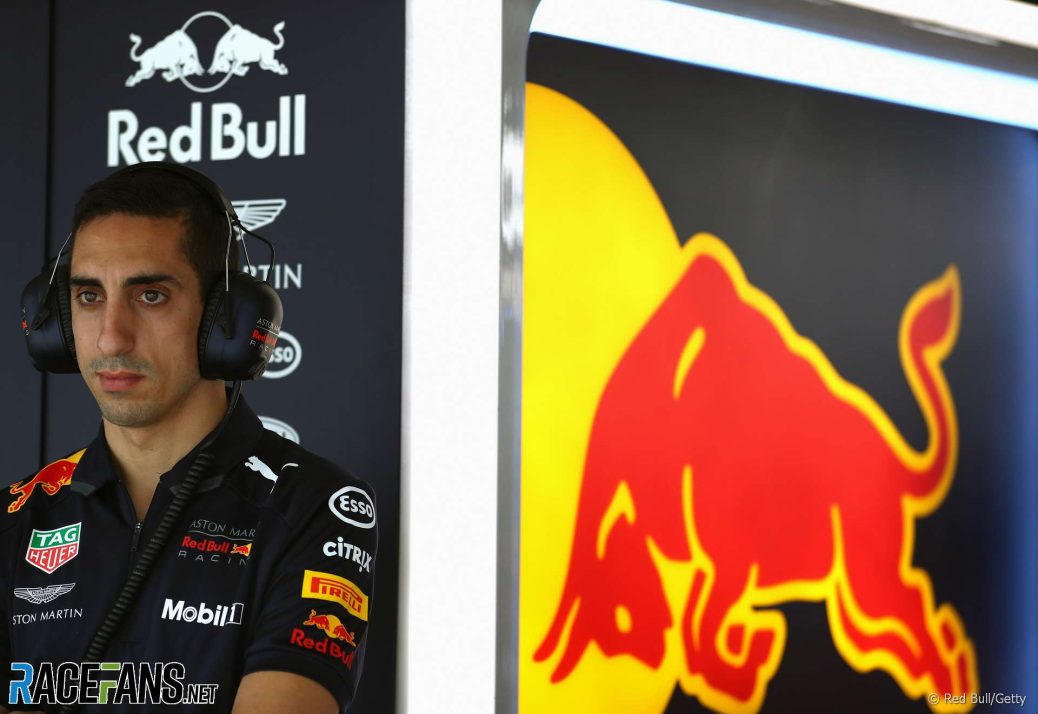 Pirelli is aiming to conclude its investigation into a high-speed testing crash involving Red Bull driver Sebastien Buemi’s next week.
Buemi crashed during a post-grand prix test at Silverstone’s Abbey corner.
Pirelli motorsport director Mario Isola confirmed the accident involved a failure of the rear-left tyre but its cause had not been identified.
Pirelli is also studying video and telemetry from the crash.
“We want to conclude the investigation by next week and hopefully we can find something,” Mario Isola said.