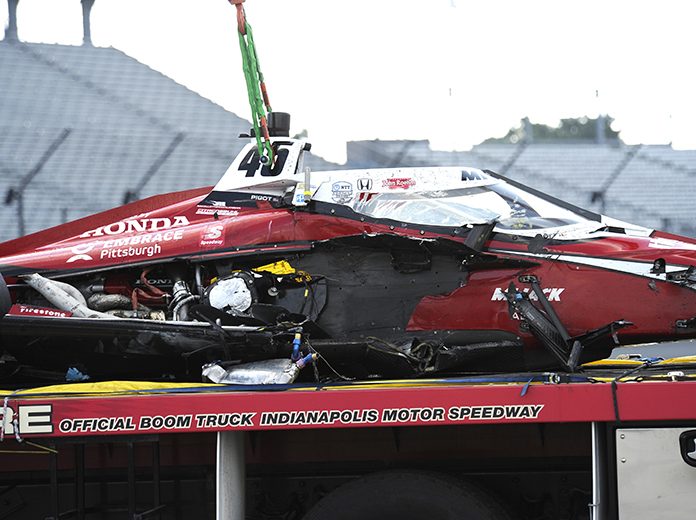 Pigot Out Of Hospital After Violent Indy 500 Crash

INDIANAPOLIS – Spencer Pigot, the driver who was involved in a massive crash into the pit road attenuator with less than five laps to go in the 104th Indianapolis 500, was treated and released from IU Health Methodist Hospital Sunday evening. It would have taken at least an hour to repair the attenuator and with only four laps left in the Indianapolis 500, there was no time to red flag the race and have any green flag laps left for a race to the finish. It was the 10th time since 1988 that the Indianapolis 500 finished under caution. “I was worried if Spencer was OK, but he seems he’s OK,” team owner Bobby Rahal said.