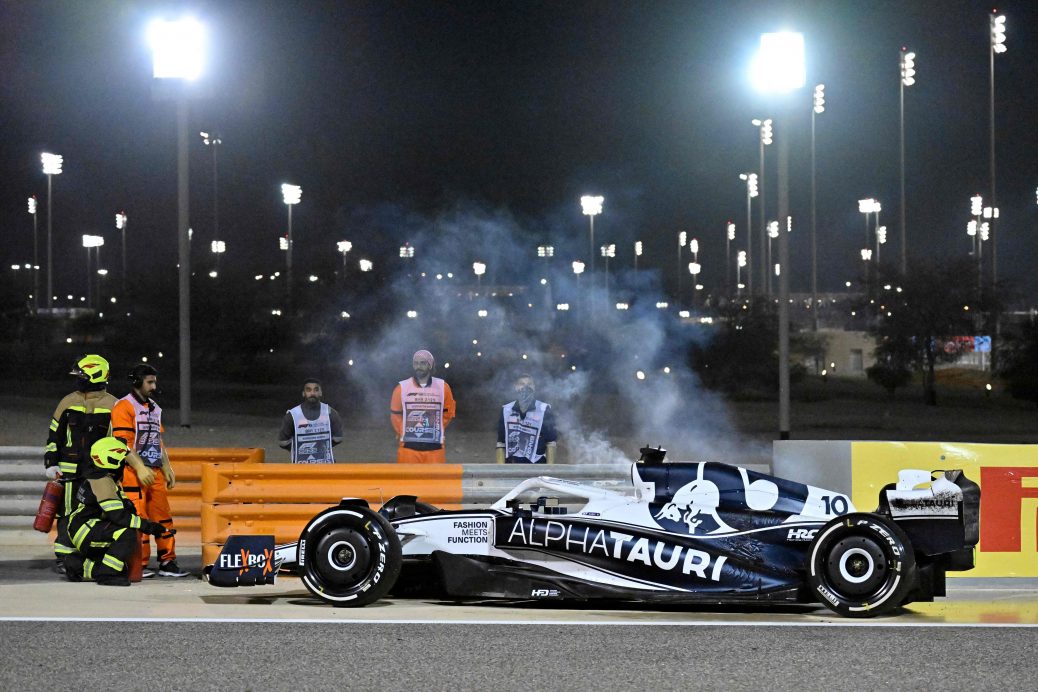 PIERRE GASLY was forced to abandon his car after it set on fire towards the end of the Bahrain Grand Prix. Marshalls raced over to put out the fire as the safety car was called out on to the track. Leclerc and Verstappen endured a wheel-to-wheel dice after their first pits for several laps and swapped places five times before Leclerc moved ahead. Reliability problems then forced Verstappen into retirement and promoted Carlos Sainz to second. Gasly had set the pace in first practice for Bahrain ahead of the new campaign. And it is not the first time that the driver has seen his car go up in the flames.