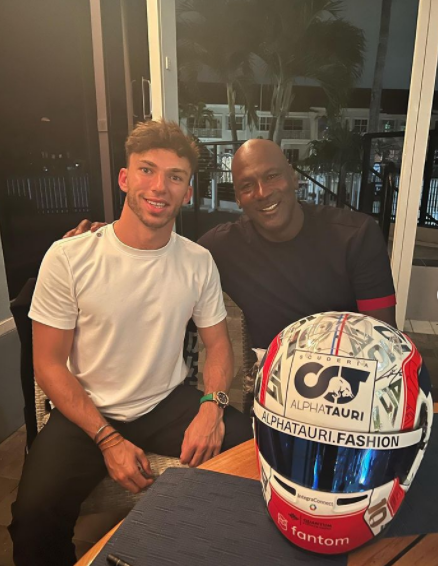 PIERRE GASLY got the chance to hang out with NBA legend Michael Jordan. Gasly, 26, is stateside for the inaugural Miami Grand Prix this weekend. Hamilton had one his mind partly on his tough 2022 on the track with some of his self-deprecating jibes out on the golf course with the quarterback, running back Marcus Allen and Brandon Okpalobi. After claiming he’d not played for three years, Hamilton ruefully watched one of his efforts and joked he’d be sticking to ‘driving on the track’. The Dutchman Verstappen won out at the Emilia Romagna Grand Prix two weeks ago, as Hamilton finished 13th. There are set to be around 85,000 spectators in attendance at the race.