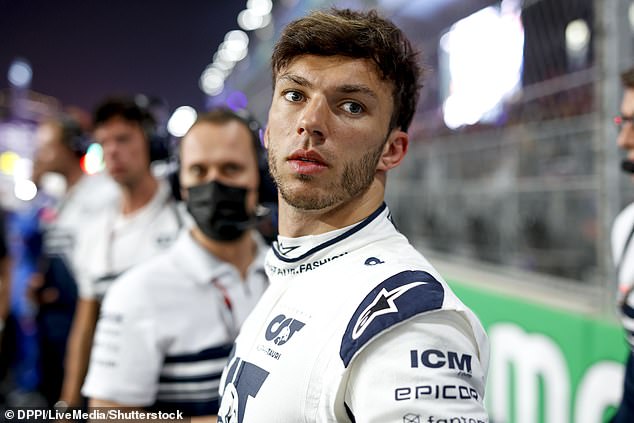 Pierre Gasly has become the latest Formula 1 star to take a swipe at Drive To Survive, claiming the popular fly-on-the-wall series has scenes that are ‘kind of made up’. World champion Max Verstappen is not a fan of the format, refusing to take part in the next season and recently comparing it to Kim Kardashian’s show ‘Keeping Up With The Kardashians’. It’s difficult to speak for the drivers, I’m not in their position. ‘I don’t know how they [Netflix] get on with other guys. ‘But obviously as a driver, you don’t want to be portrayed differently than the person you are in reality. The latest series of Drive To Survive focuses on last season’s gripping rivalry between Verstappen and Lewis Hamilton, but the former is now refusing to take part in the next after taking offence at how he was portrayed. ‘It’s an opportunity, but I think it needs to be understood.