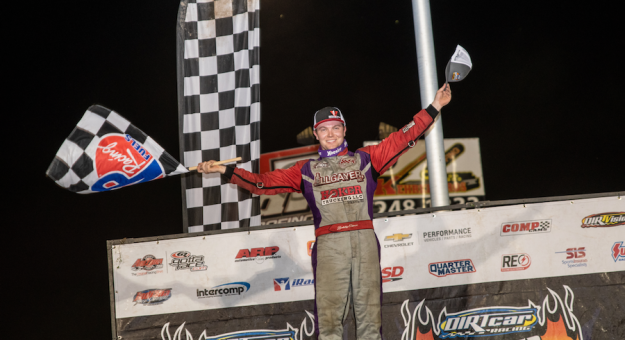 GRANITE CITY, Ill. — He broke Thursday night while leading, but Friday night at Tri-City Speedway was Bobby Pierce’s race for redemption. “Today felt like Hell Tour, for sure,” Pierce said. Erb jumped out to the lead and held it firmly through the first 27 laps, fending-off multiple challenges from Pierce to his inside on several restarts. “The cushion was the place to be, but you had to run it so weird, and it was so treacherous up there that it was hard to run,” Pierce said. “I started running that bottom and I think I kinda sucked Erb down. Once he started running the bottom and was mixing it up, we were having a hell of a race.”. “I actually hit one of the tires shortly before I passed [Erb],” Pierce said.