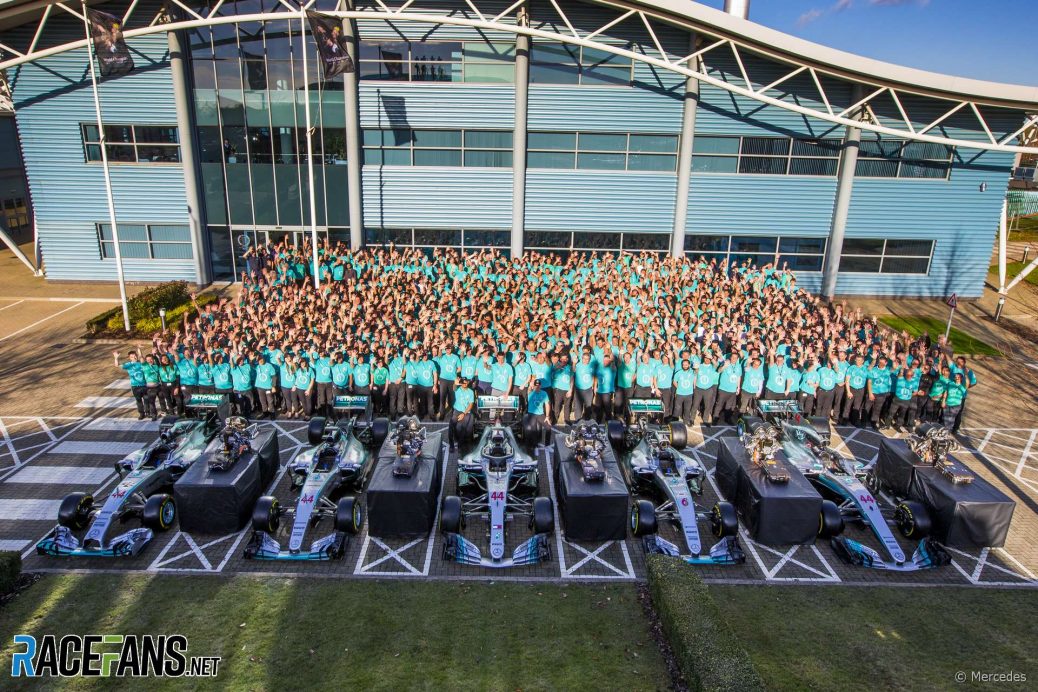 Mercedes have celebrated winning their fifth consecutive Formula 1 constructors’ championship at their team factory in Brackley and engine development centre in Brixworth.
Drivers Lewis Hamilton and Valtteri Bottas joined the team to mark its fifth consecutive double success.
Mercedes drivers have also won the last five drivers’ championships: Hamilton in 2014, 2015, 2017 and 2018, and Bottas’s predecessor Nico Rosberg in 2016.
The team put all five of its championship-winning cars and V6 hybrid turbo power units on display.
Browse all 2018 F1 season articles.