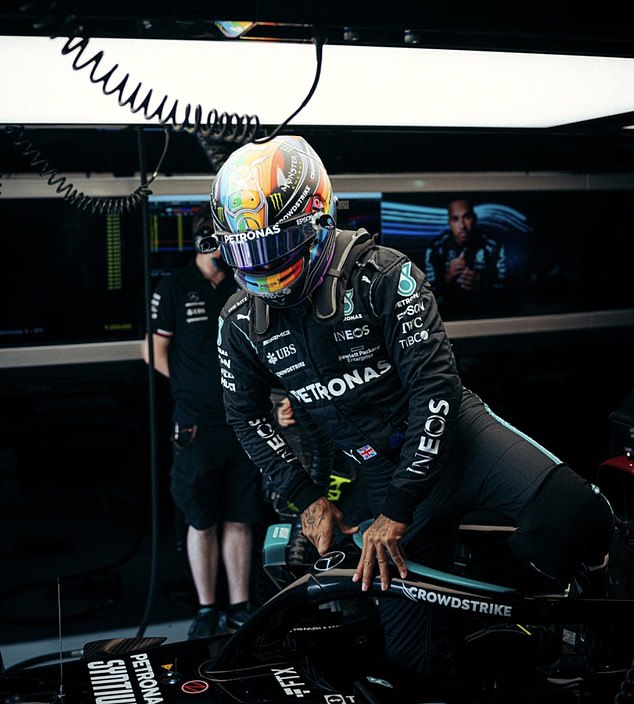 PICTURED: Lewis Hamilton dons a new rainbow helmet at the Qatar Grand Prix, after speaking out about ‘one of the worst’ countries for humans rights and backing Sebastien Vettel’s Pride protest in Hungary

Lewis Hamilton sent a message at the Qatar Grand Prix as he showed off his new rainbow helmet – after calling for ‘scrutiny’ in the country having admitted it was ‘one of the worst’ countries for human rights. ‘We’re aware there are issues in these places that we’re going to,’ he said. ‘However, I am aware in this place they are trying to make steps and it can’t change overnight. ‘I just feel that if we are coming to these places, we need to be raising the profile of the situation.’. Vettel was asked for his stance on Qatar ahead of this weekend’s race and admitted there was some places ‘with things to catch up on’. ‘I don’t think it’s necessarily a question for me, I think it’s a question for all of us,’ he said. So naturally there are places with things to catch up on and others are not.