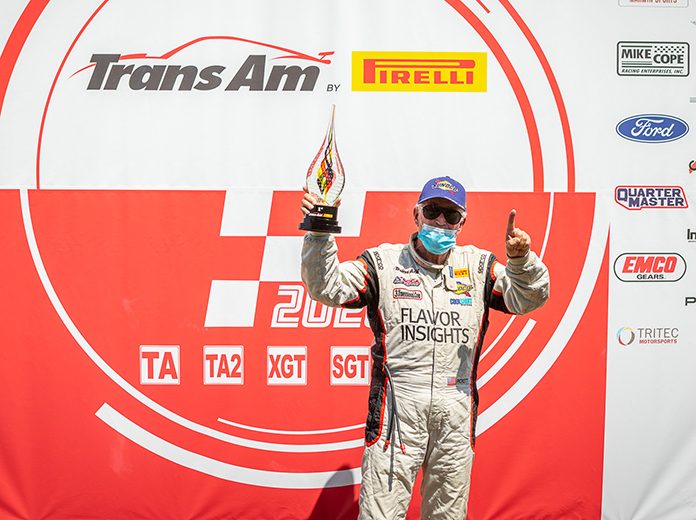 WILLOWS, Calif. – The Trans-Am Series presented by Pirelli West Coast Championship opened its competition season Sunday on Thunderhill Raceway Park’s three-mile, 15-turn circuit during a 33-lap race covering 99 miles. 59 Derhaag Motorsports Mercedes AMG GT3, who started the race on pole and led the opening laps of the race. With the win Sunday, Pickett has achieved the rarest of feats: collecting professional race wins in six consecutive decades. “About 45 or 50 minutes into the race, the car started getting pretty loose. I made a smart start to get into the lead, and put in some hot laps to build a gap. I was basically driving a three-wheeled car for the race,” Rydquist said afterwards. 65 Westover Corporation Chevrolet Camaro, had the lead by the end of lap one. At the end, Bogetich’s winning margin was only three seconds.