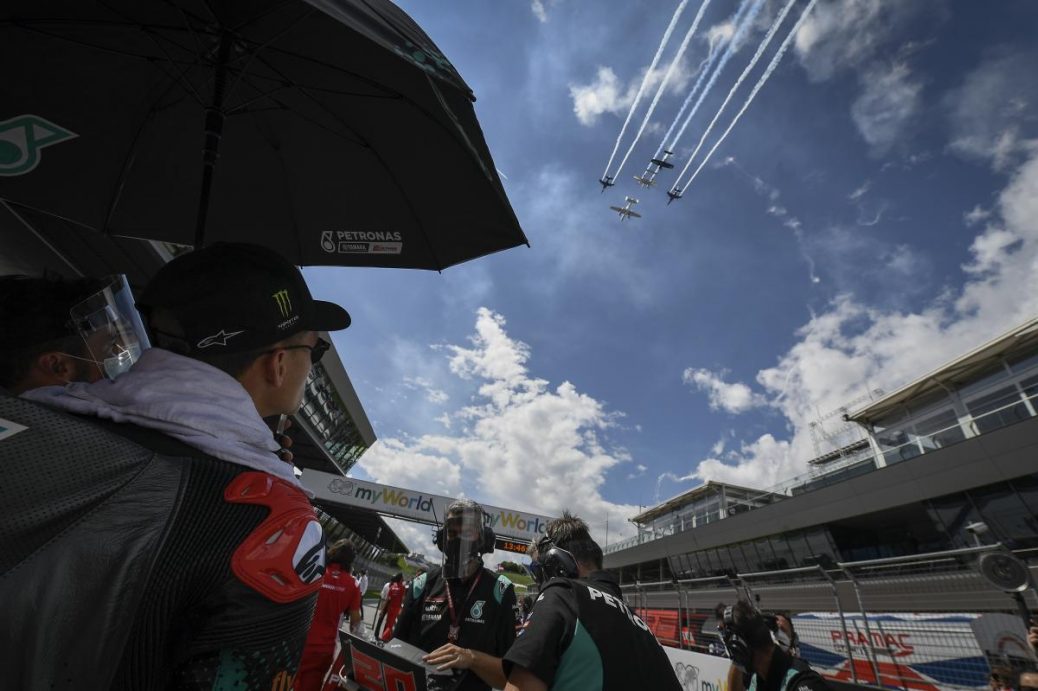 Photo Gallery: See some of the best grid images from 2020

Spanish GPAfter weeks of confinement, the green light was finally given for riders to return to action in Jerez. The 5,000 spectators present for the occasion had the privilege of seeing a French rider start from pole in his Grand Prix. Johann Zarco was a picture of focus as he started from inside the front two rows for the first time since Barcelona. Alex Márquez (Repsol Honda Team), was aiming for a third consecutive podium, a first for a rookie, but his first DNF of the season dashed those hopes. It only got worse for him as he failed to complete the first lap. Meanwhile, his brother Pol (Red Bull KTM Factory Racing) started from pole for the second time this year.