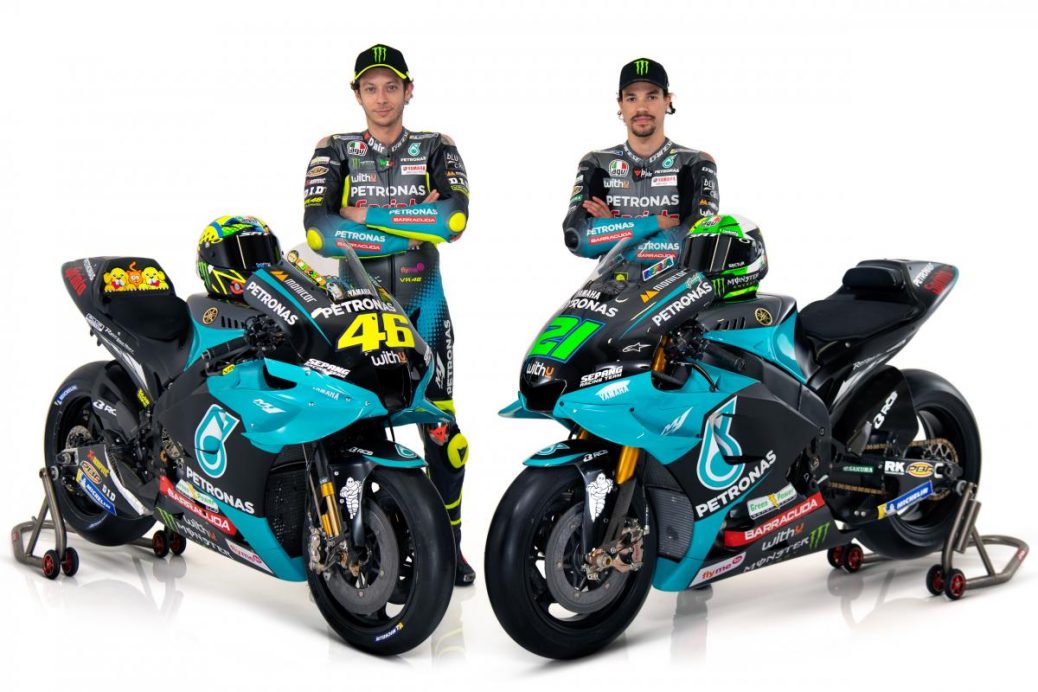 Petronas Yamaha SRT have unveiled their colours for the 2021 MotoGP™ season as Valentino Rossi donned his new leathers for the first time, alongside close friend and teammate Franco Morbidelli. Petronas Yamaha SRT’s three-part docuseries FIGHT TO SUCCEED is available to watch now!. To celebrate The Doctor’s 42nd birthday, delve into some of his greatest post-race antics. The Spanish rookie recalls meeting his idol Valentino Rossi when he was just a child, with photographic evidence to prove it!. Valentino Rossi and co won’t be in Portugal today and will instead head to the Algarve rollercoaster next week. The Doctor, Morbidelli, Bagnaia, Marini and more will be in Portugal from the 3-4 of February. Managing Director Lin Jarvis isn’t expecting huge changes in how the YZR-M1 is developed following the Italian’s switch to Petronas SRT.