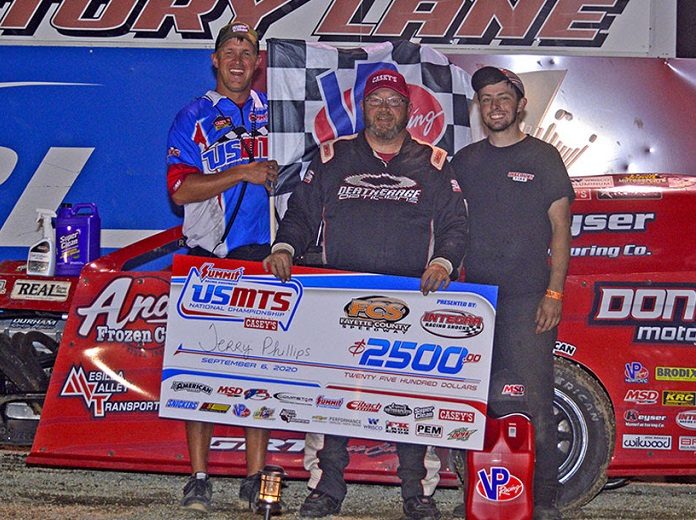 WEST UNION, Iowa — Terry Phillips dug deep when he had to and muscled his way to victory Sunday in the eighth annual USMTS War in West Union presented by Integra at Fayette County Speedway. VanderBeek, who won the event in 2016, held the point through the first two of three cautions. The first happened on lap three when points leader Rodney Sanders lost control in turn four. Multiple wheel-banging excursions for position were happening behind Phillips as he reached lapped traffic for the first time on the 22nd lap. That allowed Tanner Mullens, who got by VanderBeek on lap 14, to narrow the gap between himself and the race leader. You could run both lanes, and that’s all we ask for,” Phillips said in victory lane. O’Neil, meanwhile, was right there with Sanders and bounded back to complete the top five.