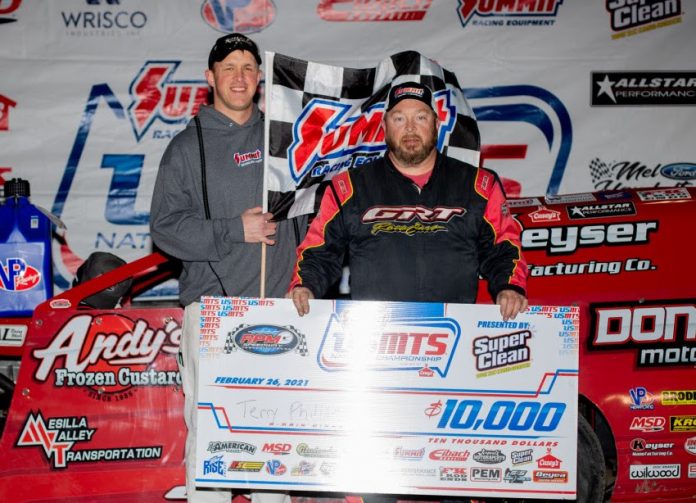 CRANDALL, Texas — The most anticipated opening night in the 23-year history of the Summit USMTS National Championship fueled by Casey’s finally took place Friday night and the 11th annual USMTS Texas Spring Nationals at the RPM Speedway did not disappoint. Fito Gallardo led the 26-car field to the green flag for the start of the 50-lap main event but it was Terry Phillips getting the advantage by the time they returned to the flagstand to complete the first lap. With Phillips continuing to hold the point, Ramirez worked his way ahead of Davis for second place on lap 20 and then was gifted a yellow flag two laps later to put him on Phillips’ rear bumper for the restart. If a sixth caution had occurred in the final ten laps, Carlos Ahumada Jr. might very well have had something to show Phillips. Ahumada, who started tenth, passed three cars between laps 35 and 40 including O’Neil, Davis and Ramirez.