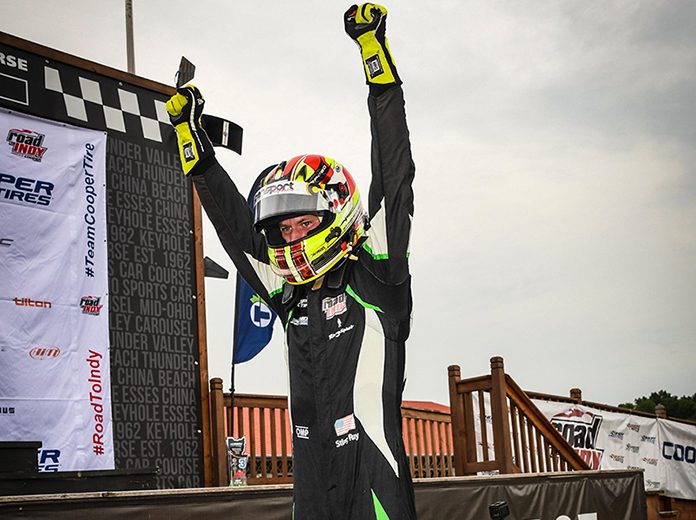 LEXINGTON, Ohio – The wide-open nature of this year’s Indy Pro 2000 Championship Presented by Cooper Tires was exemplified perfectly Thursday at the Mid-Ohio Sports Car Course. Behind, after slipping from second to sixth in the early stages, Robb mounted a spectacular comeback, finally usurping Frost from third with just three laps remaining. – to wrestle the fastest lap of the race and the coveted Cooper Tires Pole Award for the third and final race of the week. Among those who didn’t have the luxury of fresh tires, Frost, Robb, Petrov and McElrea were blanketed by just .0105 of a second. Kaminsky and Frost both muscled their way past Loomis on the opening lap. He found a way past Loomis for second after 12 laps and gradually began to whittle away at Robb’s two-second advantage.