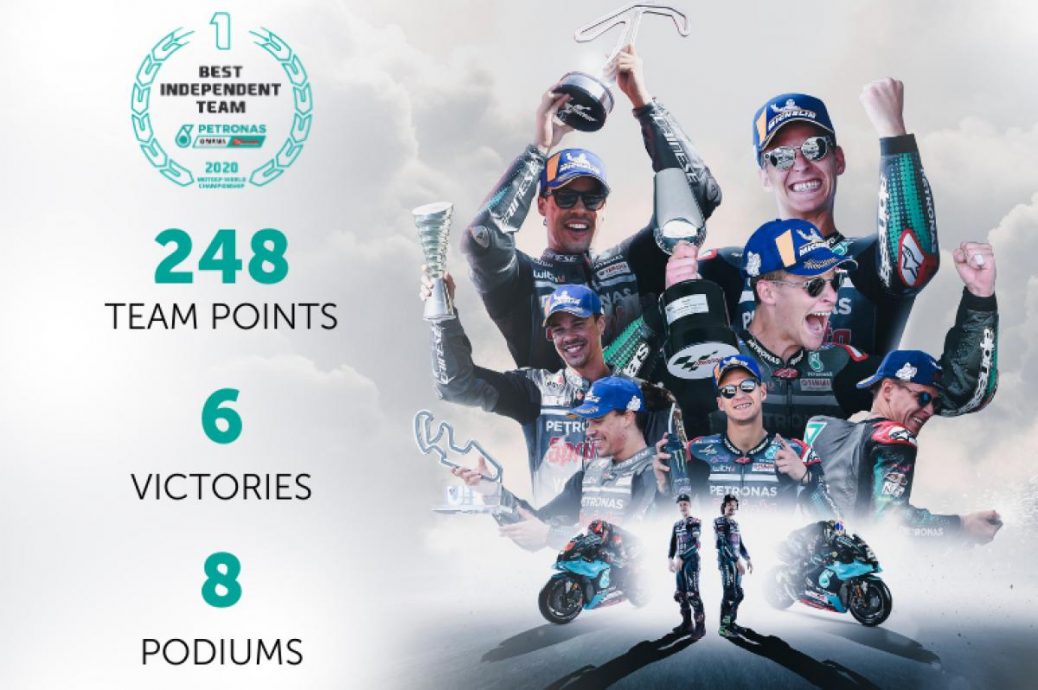 Petronas Yamaha Sepang Racing Team have proven to be the top satellite team for the second consecutive year, taking the 2020 MotoGP™ Independent Teams championship at Valencia two weeks ago and securing second place in the MotoGP™ Team Standings. “We won the Best Independent Team title for the second year in a row and we saw our riders on the top step of the podium six times with three race wins for both Franco and Fabio Quartararo. It was an incredible season-start from Fabio and through his early race wins he and the team were on the top of the standings for much of this year. Johan Stigefelt – Team Director: “To achieve this title again in the second year is one amazing feeling. It’s incredible because we didn’t expect this when we started the team in 2019. The good thing is, one rider often covered for the other when the other didn’t do so well so both Franco and Fabio have contributed to win this Best Independent Team title.