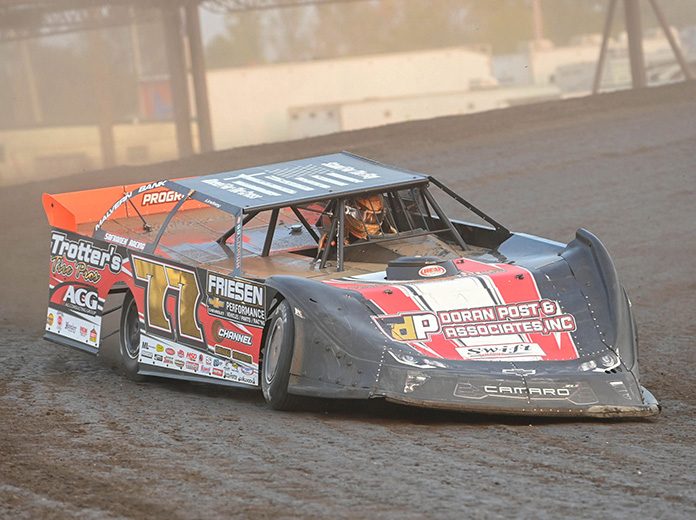 – Cory Dumpert sought and achieved IMCA Sunoco Late Model perfection in 2020. “You’ve got to finish the race to be able to finish first. “They were pretty excited about that,” said Dumpert, who promptly went out and won that evening’s main event. Dumpert began his racing career in go-karts, finding success in hobby stocks and street stocks before getting into a Late Model. He’d won nine features last year on the way to becoming the first IMCA Late Model driver to earn national championship and the top rookie award in the same season. There are good years and there are years you wish were over in April,” said Dumpert. “I’ve been racing a Late Model since 2012 and things got better almost every year.