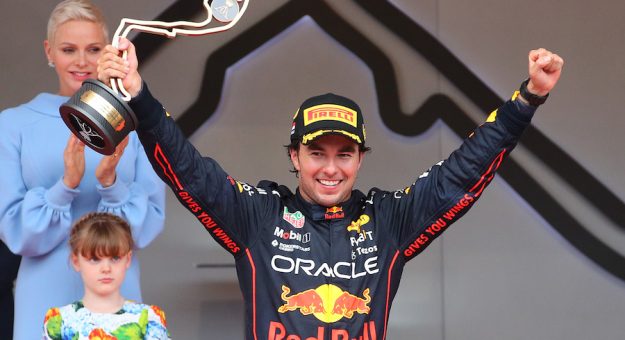 MONTE CARLO, Monaco — Rain delays, power outages, bizarre on-track incidents and a first-time race winner marked Sunday’s Monaco Grand Prix. Rain saw the start delayed, drivers completed one lap, heading back to the pits as a red flag was called. Drivers returned to their cars after a delay and participated in rolling race start behind the Safety Car on wet tires. The Safety Car pulled in for lap three of 77 and Leclerc led away with Sainz, Perez and Verstappen in tow. The frontrunners swapped to intermediate tires, with Perez coming in first on lap 17, Leclerc and Verstappen following two laps later, while Sainz skipped straight to hard tires with a switch on lap 21. Red Bull followed one lap later and pulled off an overcut when both drivers pitted, making the running order Perez, Sainz, Verstappen and Leclerc.