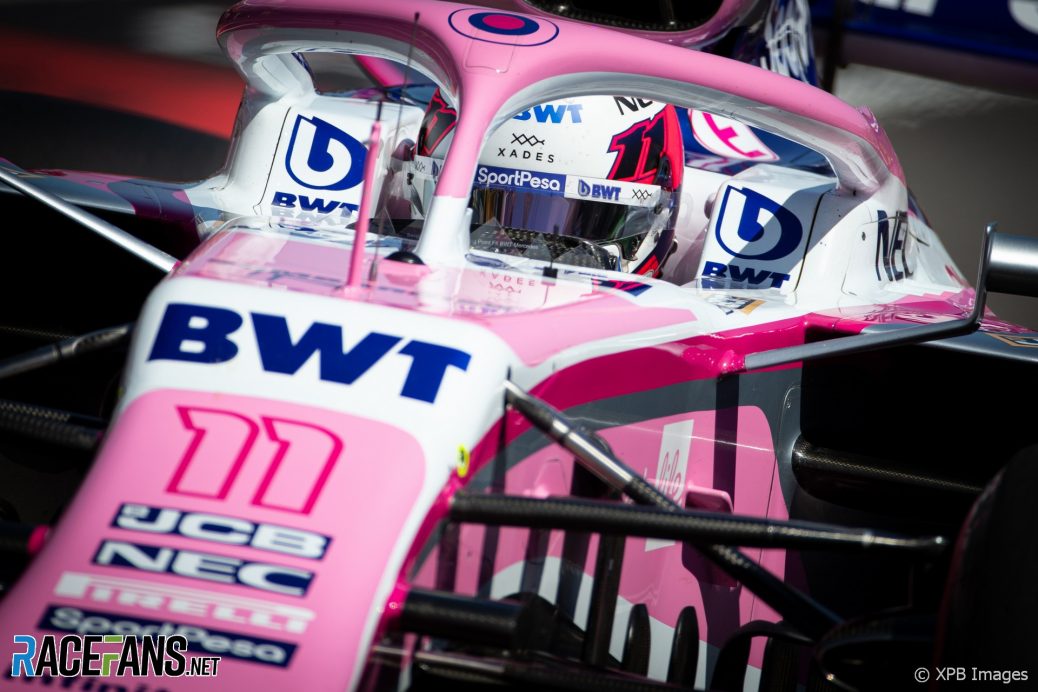 Perez: I got a penalty for following the rules | 2019 French Grand Prix

Sergio Perez complained he was given a penalty despite obeying the rules when he went off on the first lap of the French Grand Prix.
“Today I got a penalty because of following the rules.”
The stewards ruled Perez had correctly followed the instructions on how to rejoin the track, but had still gained an advantage by passing other cars.
Sergio Perez: “But I still got a penalty so I don’t know what is their view.”
Sergio Perez: “I ended up behind [Nico] Hulkenberg, it’s where I started, so for me it was very hard to see if I gained or not an advantage.”