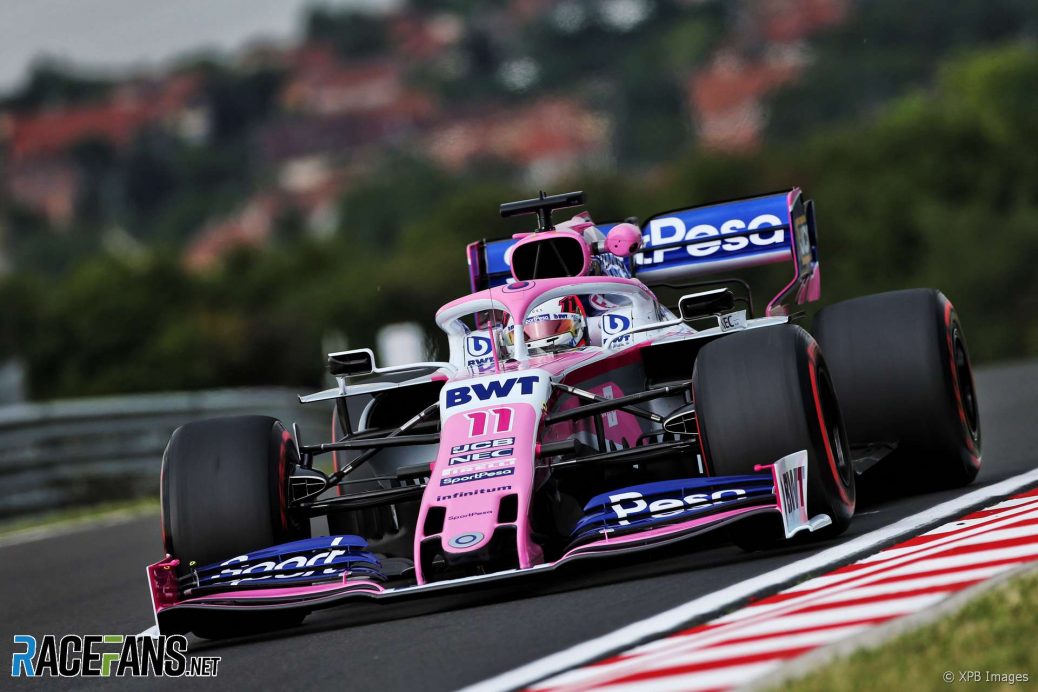 An unhappy Sergio Perez accused Daniel Ricciardo of “disrespectful” driving after the pair encountered each other on track during Q1.
Both drivers dropped out in the first round of qualifying after losing time when Ricciardo tried to overtake Perez at the final corner before their flying laps.
“I think we could have got through to Q2 to be honest,” said Perez, who qualified 17th.
“We all know traffic is tricky in Q1,” Sergio Perez said.
On his radio at the end of Q1 Perez also complained he was not in a good position on the track when his lap time began.