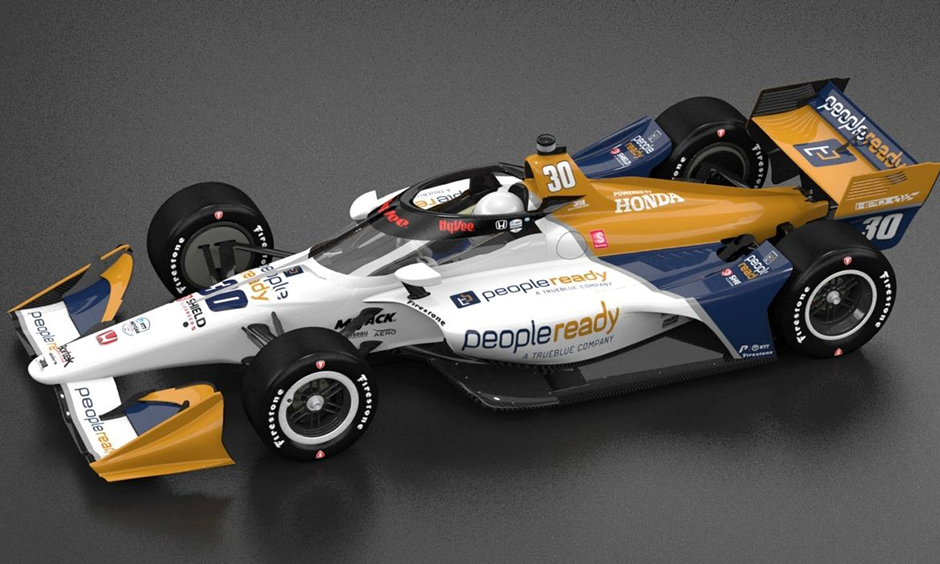 PeopleReady To Sponsor Lundgaard at Indy, Two Other Races

Rahal Letterman Lanigan Racing (RLL) announced today that industrial staffing giant PeopleReady has returned to the team as primary sponsor of NTT INDYCAR SERIES Rookie of the Year candidate Christian Lundgaard’s entry for the 106th Running of the Indianapolis 500 presented by Gainbridge on May 29. The staffing leader also is returning as a season-long associate sponsor for Lundgaard and teammate Graham Rahal. As the primary sponsor for Christian Lundgaard, we’re looking forward to driving home the power of our mission and brand with race fans again this year.”. The staffing leader hopes to again make racing history during Lundgaard’s rookie campaign and through other initiatives to be announced later. “I’m very pleased that we have been able to not just continue our relationship with PeopleReady but to also grow the relationship to include primary sponsorship of Christian Lundgaard’s race car at Texas and Laguna Seca in addition to the Indy 500,” said Bobby Rahal, co-owner of RLL.