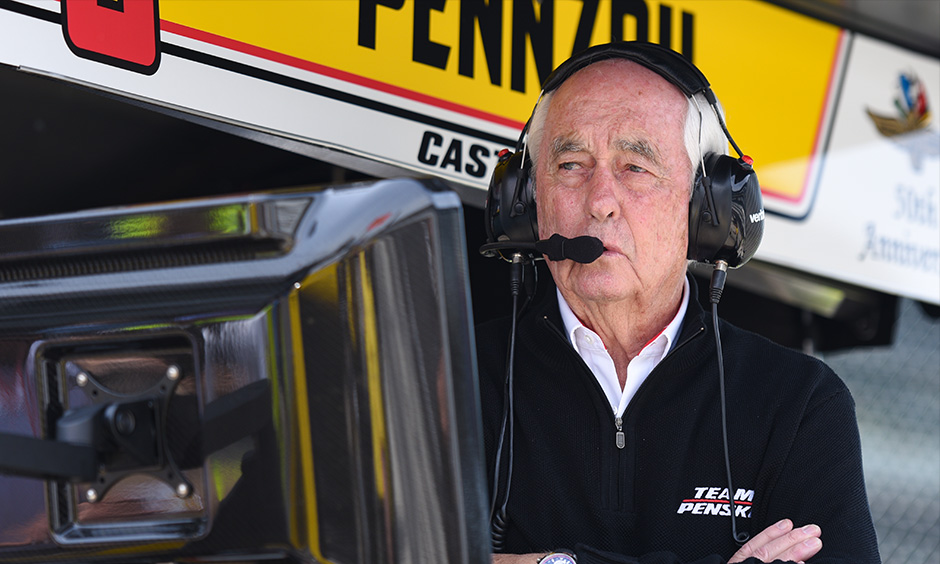 Although he hasn’t celebrated an Indy 500 pole since Ryan Briscoe in 2012, Penske has had 45 cars on the front row in five decades at IMS.
Team Penske is once again fielding four of the strongest Chevrolet-powered entries with three-time Indy 500 winner Helio Castroneves (shown at right) and three NTT IndyCar Series champions in defending race winner Will Power, Simon Pagenaud and Josef Newgarden.
Pagenaud, the 2016 series champion, won the INDYCAR Grand Prix on Saturday on the IMS road course.
A year ago, Power became the 12th different Penske driver to win the Indy 500.