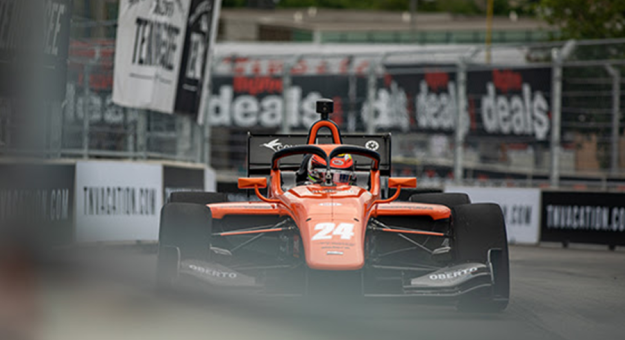 NASHVILLE, Tenn. – Benjamin Pedersen led the opening practice for the Indy Lights Music City Grand Prix on Friday as the Indy Lights Presented by Cooper Tires championship prepares to race on the streets of Nashville for the first time. Pedersen, from Denmark, produced a top lap of 1 minute, 21.8473 seconds in the No. Hunter McElrea – winner of the last two series races, at Mid-Ohio and Iowa – was third at 1:22.3069 in the No. Lundqvist leads second-place McElrea by 77 points with five races remaining this season. While Indy Lights never has raced on this circuit, Brabham has experience on the bumpy, tricky layout by racing here in the Robby Gordon Stadium SUPER Trucks series.