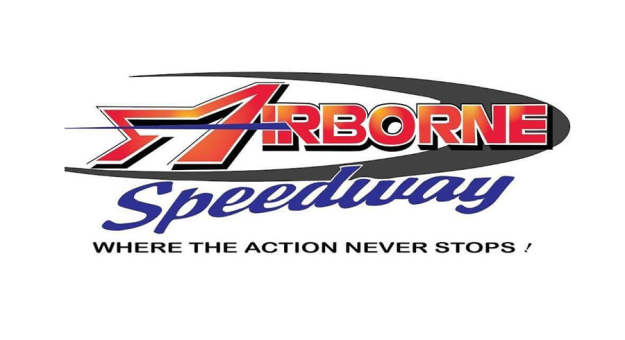 PLATTBURGH – Northeast Sportsman ace, Shane Pecore picked up the 30-lap DIRTcar Sportsman Feature victory at Airborne Speedway on Wednesday night. Dave Rogers worked his way through the field to finish in the second position, while Gabriel Cyr rallied late to finish in third. A total of 36 Sportsman teams signed into the garage area to qualify for a J&S Steel Sportsman non-points race after the completion of the DIRTcar Sportsman feature. Dave Rogers improved his finishing position by one spot in the second feature, collecting the checkered flag. Shane Pecore was running Rogers down in the closing laps, but ran out of time and had to settle for second. The Hartson Total Opening Renegade division completed their makeup feature event from opening night. The division competed in a 15 lap non-points race as a bonus feature on the card. TAYLOR RENTAL STREET STOCK FEATURE (15 LAPS): JAKE FOUNTAIN, Parker, LaPorte Jr., Bradley, Engstrom, Jo.