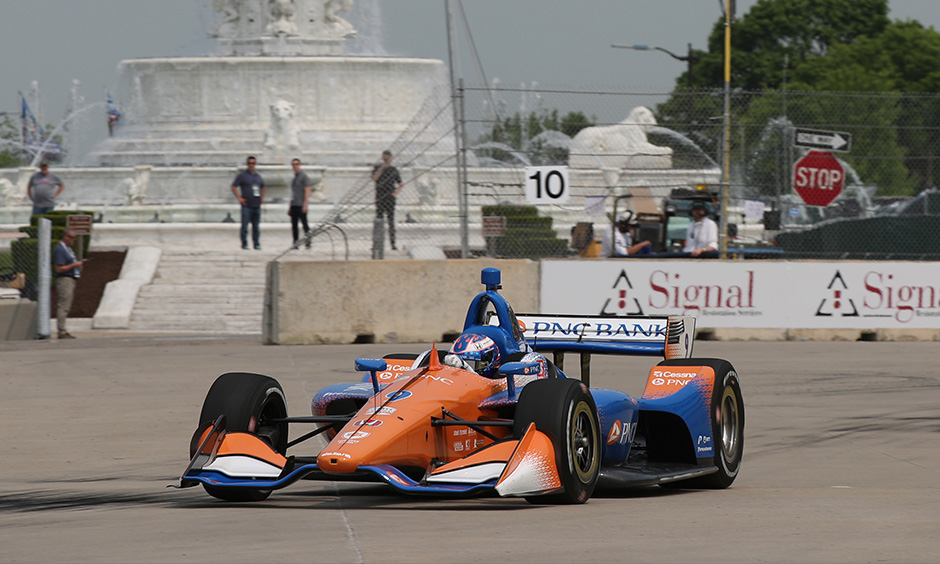 Detroit – Familiarity bred success in Friday’s opening practice for NTT IndyCar Series drivers at the Chevrolet Detroit Grand Prix presented by Lear.
Finally, Graham Rahal – the only driver to sweep both Detroit races (in 2017) since it became a doubleheader on the schedule in 2013 – was fifth of the 22 cars with a lap of 1:17.2201 (109.557 mph) in the No. 15 Fifth Third/United Rentals Honda.
The only non-Detroit winner to break up the practice list was Josef Newgarden, who ran fourth in the No. 2 Hitachi Team Penske Chevrolet (1:17.1981, 109.588 mph).