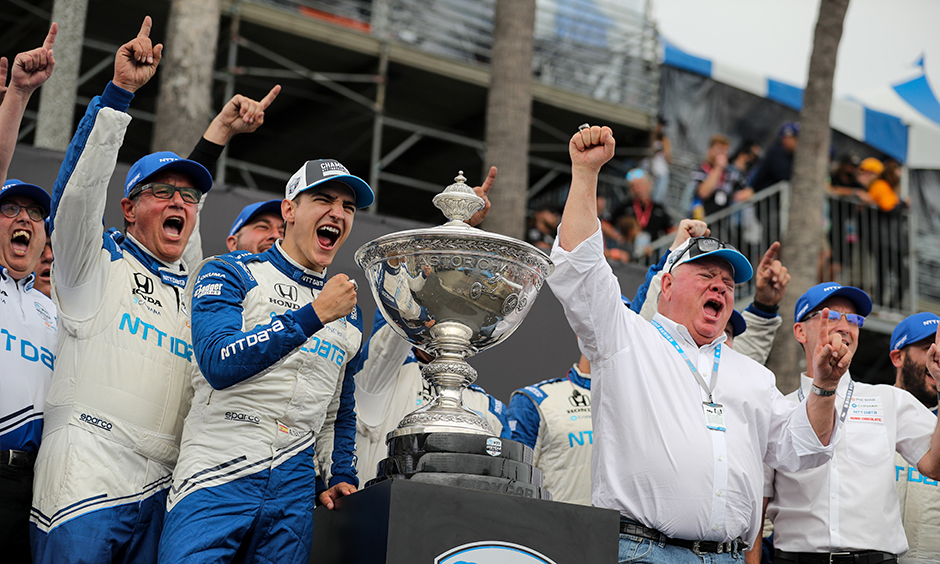 Alex Palou and Chip Ganassi Racing (CGR) were honored for their 2021 NTT INDYCAR SERIES championship during the Victory Lap Celebration on Friday night at the Indianapolis Motor Speedway Museum. 10 NTT DATA Chip Ganassi Racing Honda and his second season in the series. This is the 14th INDYCAR SERIES championship overall for CGR, which earned its first title in 1996 with Jimmy Vasser driving. The team also was presented the Penske Racing Shocks Award for its title. He was presented with the NTT P1 Award for scoring the most points after winning the pole at a race in the 2021 season. Team Penske also earned another postseason honor for the first time in its legendary history, as Scott McLaughlin won the Rookie of the Year Award.