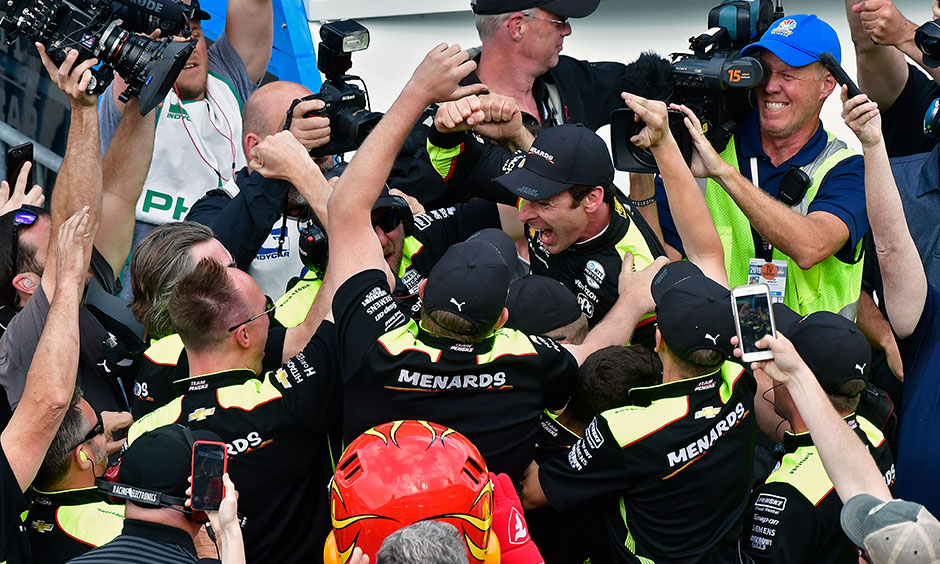 After splashing through the rain to overtake five-time series champion Scott Dixon and win the INDYCAR Grand Prix on the IMS road course on May 11, Pagenaud continued his solid recent run Sunday by earning the pole position for the 103rd Indianapolis 500 presented by Gainbridge.
It takes a lot to impress legendary team owner Roger Penske, but consider “The Captain” quite enthused by Pagenaud becoming the first Frenchman to win the Indianapolis 500 pole since Rene Thomas in 1919.
Pagenaud’s No. 22 Menards Team Penske Chevrolet averaged 229.992 mph to edge three-time Indy 500 pole sitter Ed Carpenter at 229.889 mph for his 11th career pole.