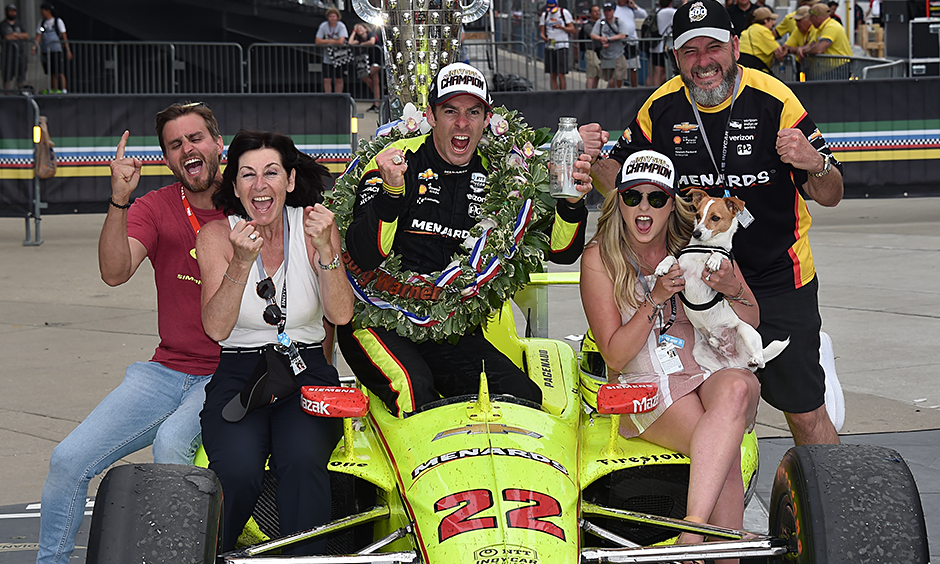 Indianapolis – As Simon Pagenaud took his joyous time getting to Indianapolis Motor Speedway’s victory lane after winning Sunday’s 103rd Indianapolis 500 presented by Gainbridge, his mother patiently waited.
A late duel with 2016 winner Alexander Rossi required Pagenaud to prove with a final push just how badly he wanted “The Greatest Spectacle in Racing.”
Before that bright day-glo Menards yellow car could be rolled into victory lane, Pagenaud stopped on the famed yard of bricks start/finish line.
“Hopefully, (Pagenaud) will be invited to the White House,” Penske said.