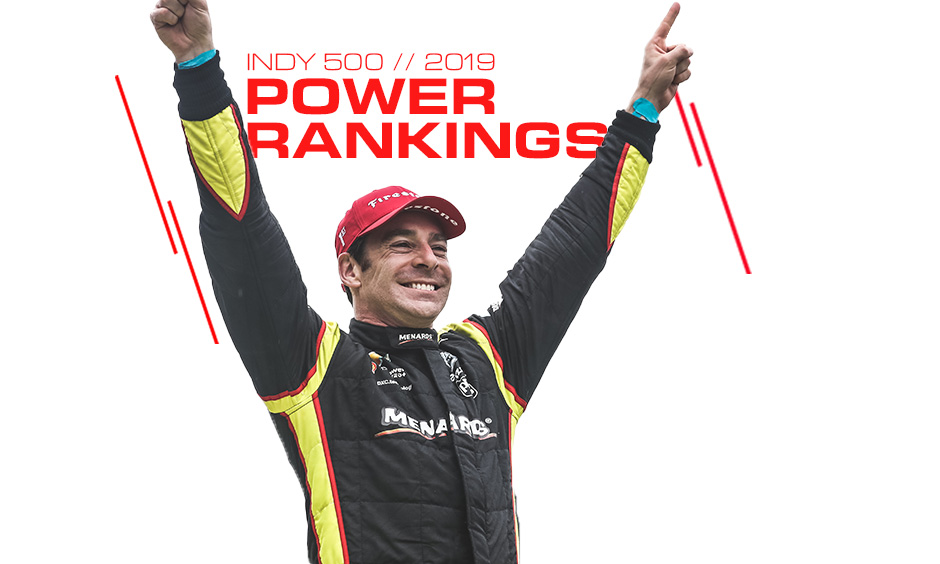 Simon Pagenaud can attest to that after he jumped to the top this week following INDYCAR Grand Prix and Indianapolis 500 victories.
The Power Rankings – and, no, it doesn’t mean Will Power is always necessarily included – use INDYCAR’s advanced statistics and data to develop a weighted formula to rate how NTT IndyCar Series drivers are performing after each race this season.
It also means he’s the top driver in our Power Rankings.
Josef Newgarden (2) – Newgarden trails Pagenaud by one point in the NTT IndyCar Series standings but is a threat to win at Detroit.