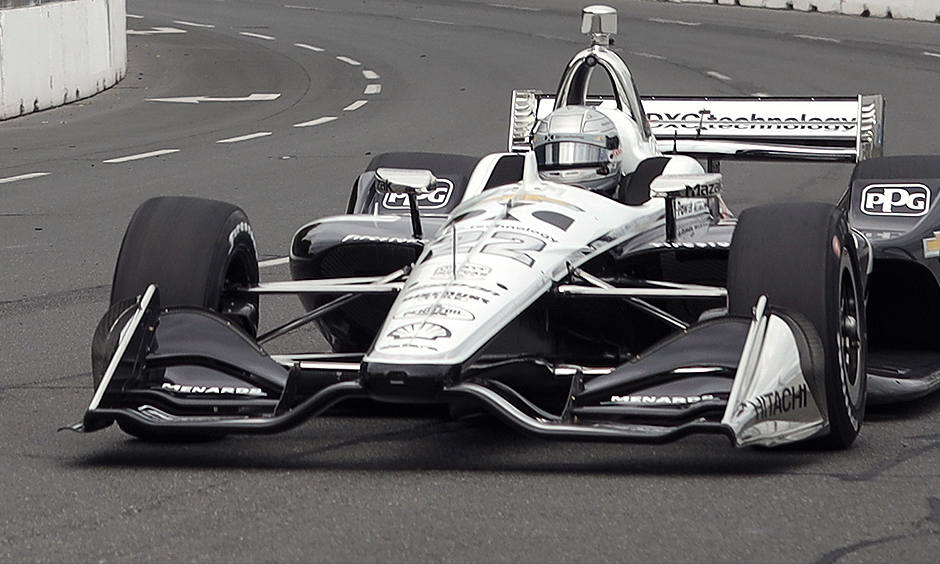 Toronto – Simon Pagenaud won the pole for Sunday’s Honda Indy Toronto, but there was wild action literally behind him in qualifying.
As Pagenaud crossed the finish line for his second pole of the season, last year’s race winner, Scott Dixon, spun on a hot lap.
Team Penske’s Josef Newgarden, who will start fifth, actually set the track record in the second round of qualifying at 58.4129 seconds.
Another driver disappointed not to advance out of the first round was rookie Colton Herta, the winner of the Circuit of The Americas race in March.