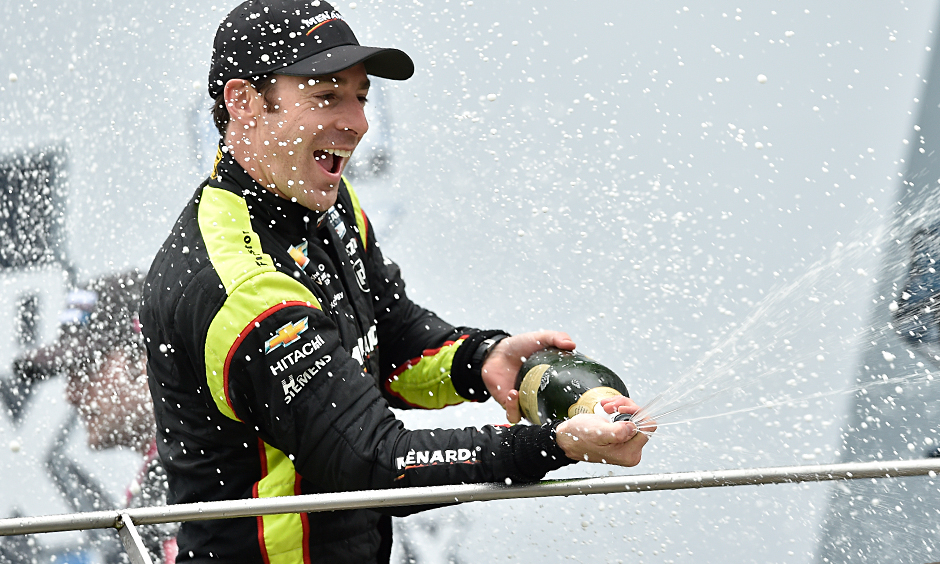 Indianapolis – Simon Pagenaud overcame the elements and the competition to win the INDYCAR Grand Prix in thrilling fashion.
Pagenaud passed five-time NTT IndyCar Series champion Scott Dixon for the lead on the next-to-last lap on a rain-soaked Indianapolis Motor Speedway road course and pulled away to collect the 12th victory of his Indy car career and first in a 23-race span.
Pagenaud and teammate Will Power own every win in the INDYCAR Grand Prix’s six-year history, though Pagenaud’s first win in 2014 came with Arrow Schmidt Peterson Motorsports.