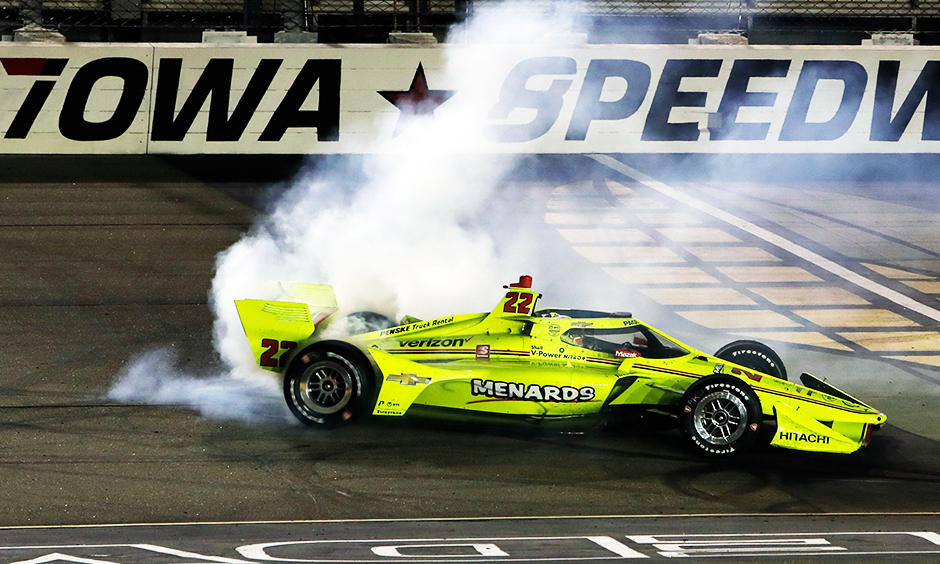 Pagenaud Drives from Last to First, Holds Off Dixon for Stirring Iowa Victory

Pagenaud held off Scott Dixon by .4954 of a second for his first win of the NTT INDYCAR SERIES season in the No. 22 Menards Team Penske Chevrolet. Five-time series champion Dixon opened with three straight wins in the No. 9 PNC Bank Chip Ganassi Racing Honda, with Rosenqvist earning his first career victory last Sunday at Road America. 2016 series champion Pagenaud wasted no time making his march through the field. Pagenaud will look to sweep the weekend in Iowa tomorrow night with the Iowa INDYCAR 250s Race Two (8:30 p.m. ET, NBCSN) from Iowa Speedway.