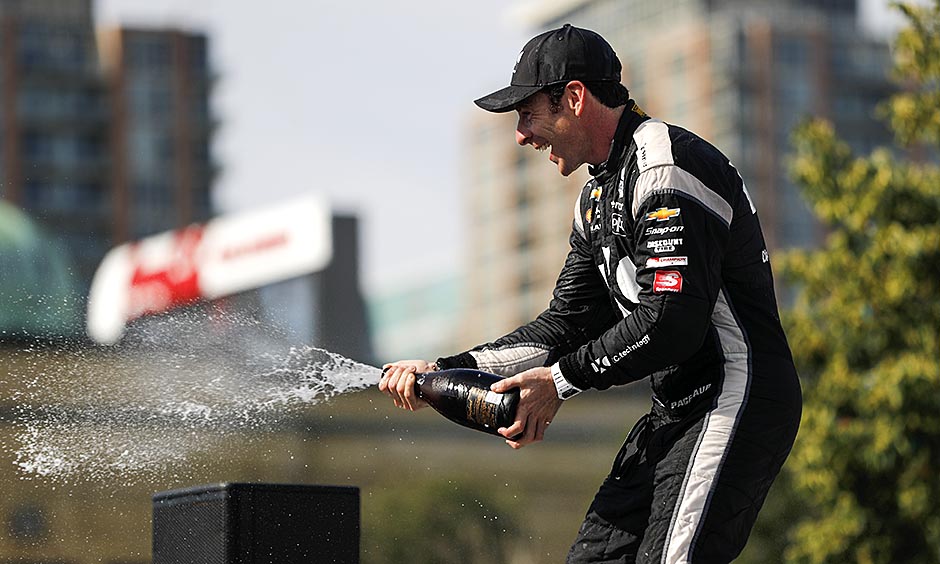 Pagenaud capped a near-perfect weekend in Canada by dominating the Honda Indy Toronto, scoring his third victory of the season – the 14th of his career – on France’s national day.
Pagenaud was only threatened a couple of times, the first being in the opening-lap dash to Turn 1.
Simon Pagenaud of Team Penske: “We were able to match the Honda power (of Dixon) pretty well; (it) helped us to perform even better, so thanks to Chevy.”
Pagenaud, who scored the maximum number of points in this race, is 39 points of the lead with Dixon 86 back.