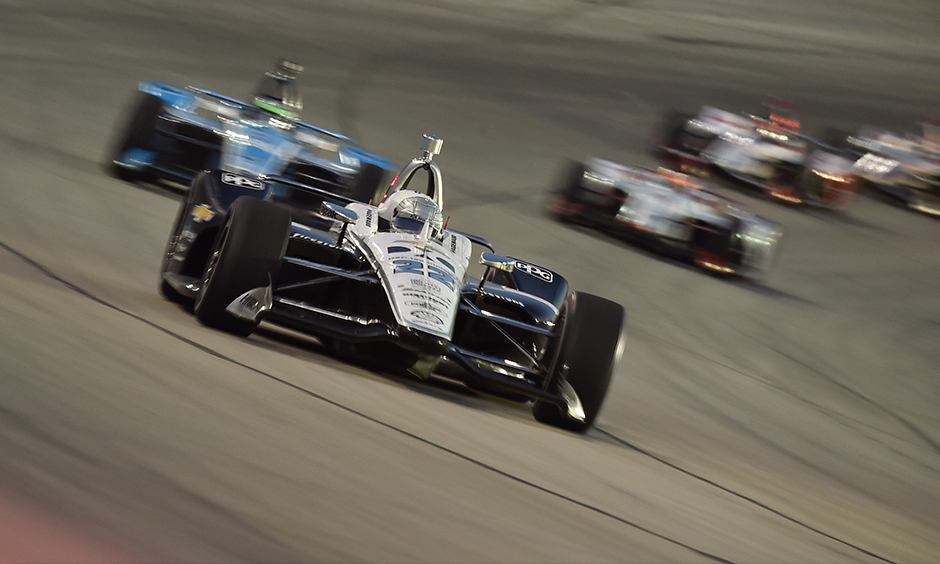 Pagenaud disappointed when he ‘could have done better’

Fort Worth, Texas – It was a deflating end to a promising evening for Simon Pagenaud in the NTT IndyCar Series race whose title sponsor was also emblazoned across Pagenaud’s car.
Poised for at least a podium finish if not a bid for the win, Pagenaud became a victim as the field bunched behind the race leader, Team Penske teammate Josef Newgarden, for the final restart on Lap 236.
Simon Pagenaud: “It’s just disappointing when you know you could have done better.”
“I couldn’t really do much as soon as you would hit traffic,” said Pagenaud, the 2016 NTT IndyCar Series champion.