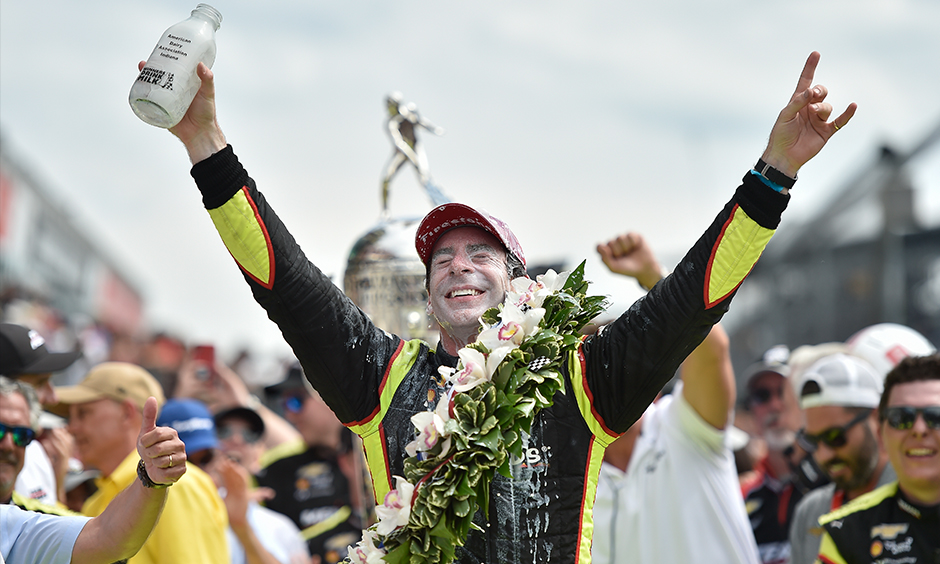 Pagenaud basks in milk, glow of perfect May in Indy

On the heels of his win May 11 in the INDYCAR Grand Prix on the IMS road course, Pagenaud became the first driver to win more than one NTT IndyCar Series race this season and second Team Penske pilot to win both IMS races in the same year – following Will Power in 2018.
The Andretti Autosport driver was in first place on the final race restart on Lap 187, following an incident involving six cars that included an 18-minute red-flag stoppage, but Pagenaud bolted ahead by the time they’d reached the iconic yard of bricks at the start/finish line to complete the lap.