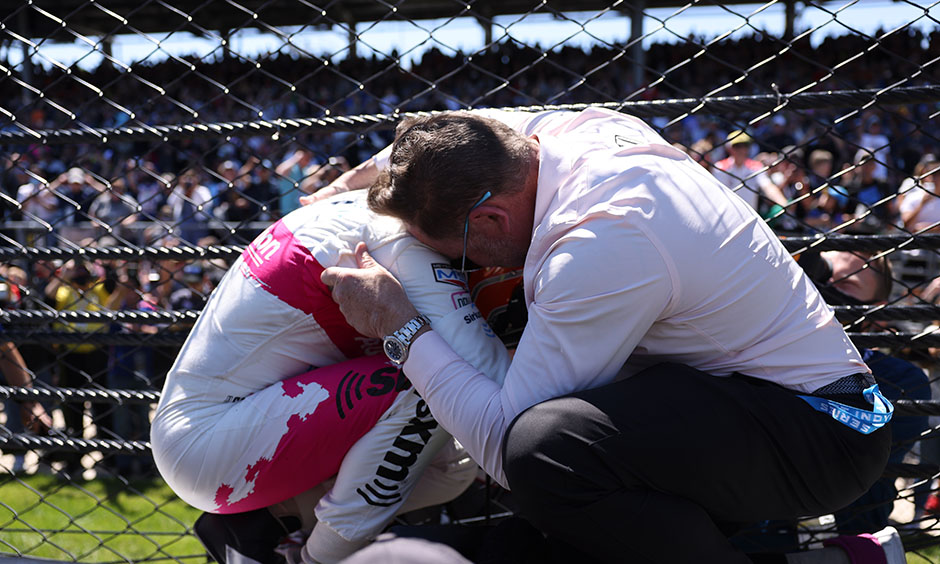 Paddock Buzz: Meyer Shank Arrives with Biggest Win of All

Michael Shank and Jim Meyer, co-owners of Meyer Shank Racing, which Sunday won its first Indianapolis 500 presented by Gainbridge, hope their team is never again labeled as “the little team that could.”. Sunday’s race was just MSR’s 37th INDYCAR race, the first time it has fielded two cars in a single race, and it was their first victory. “We hadn’t pitted, so we had to take an emergency pit stop after Lap 44,” the Frenchman said. McLaughlin was penalized for speeding on entrance to pit lane, requiring a drive-through penalty. McLaughlin and Pietro Fittipaldi were the only rookie drivers to earn a starting position in this field. McLaughlin wasn’t the only driver who had trouble getting his car slowed entering the pits. “The fuel saving that we were doing, the car, we were in a perfect spot. “I’m sorry we didn’t win this because we should have,” he said. Daly not only led a race-high 40 laps, but those laps were the first of his career out front in the “500.”.