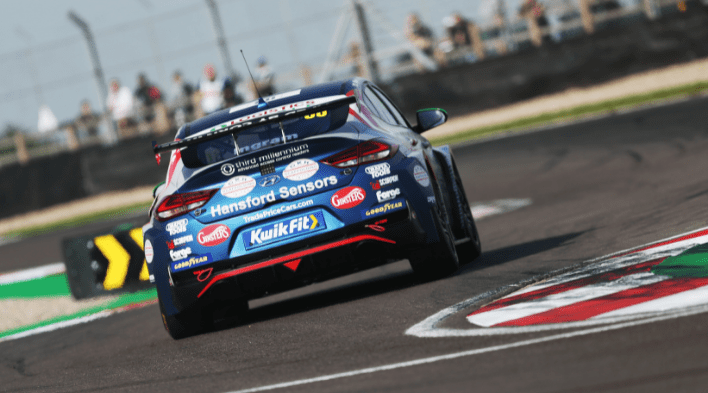 PACE AND POTENTIAL FOR EXCELR8 WITH TRADEPRICECARS.COM DESPITE VICTORY FRUSTRATION

EXCELR8 with TradePriceCars.com was disappointed to miss out on a fourth victory of the Kwik Fit British Touring Car Championship season in heart-breaking circumstances as the series headed for Donington Park for the penultimate rounds of the year. Race two saw Ingram put in a star drive from eleventh on the grid, with a storming opening lap moved him up into the top six. Smiley spent the early phases of the race inside the top ten before being shuffled back to eleventh at the finish with Butel again fighting back from losing ground early on to take 25th. Butel’s weekend in Leicestershire ended on a low when he was collected by a spinning car, concluding his race on the opening lap. It’s been a tough weekend, but we can take the joy from race two, and coming through the pack like that was certainly the highlight.”.