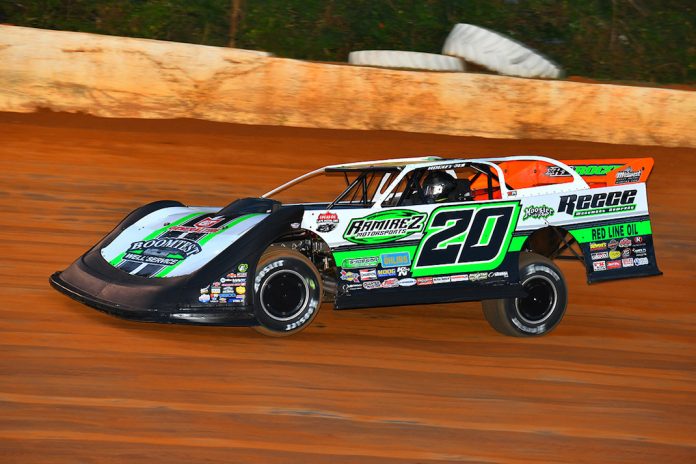 UNION, Ky. – Jimmy Owens continued his strong season by picking up the victory in the 34th annual Ralph Latham Memorial race on Wednesday at Florence Speedway. It was Owens’ fourth win in one of the track’s most prestigious races. Clanton wound up in second in Wednesday’s race followed by Ricky Weiss, who finished third. Clanton, in his first season with the Lucas Oil Late Model Dirt Series now has three runner-up finishes. “We knew we had a really good car at the start of the night,” said Owens. Clanton, who finished second to Owens in the Clash at the Mag in June, took the runner-up spot again to the three-time series champion. “I was just saving some tires and was hoping for a caution early on,” Clanton said.