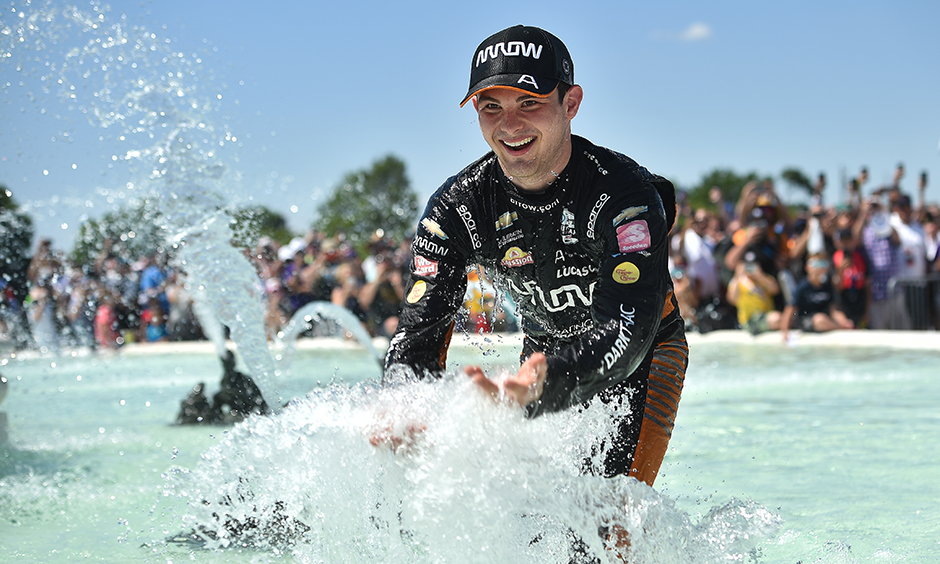 Pato O’Ward took the NTT INDYCAR SERIES points lead with a drive full of championship-caliber mettle, passing Josef Newgarden with three laps remaining to win the Chevrolet Dual in Detroit Race 2 on Sunday at Belle Isle Park. On the restart on Lap 63, O’Ward was fifth behind Newgarden, Herta, Palou and Rahal. O’Ward then dove under Newgarden in Turn 7 on Lap 68 for the lead and drove away to glory. My rear tires were just shot to death on the last 10 laps. Newgarden’s lead built to more than 12 seconds before he pitted on Lap 20 for another set of primary tires. Newgarden built a lead of nearly 10 seconds over Herta during his second stint, also on Firestone primary tires, before pitting for slightly used Firestone alternate tires on his last stop, on Lap 46.