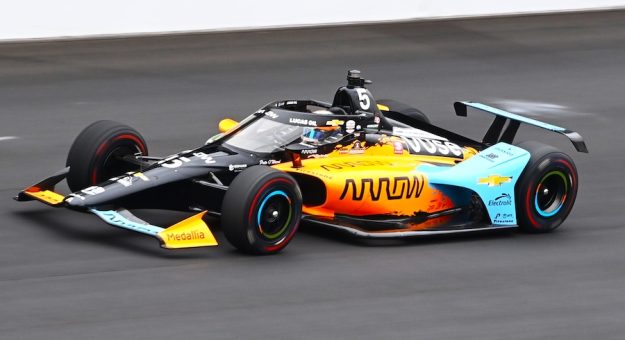 O’Ward: ‘No Way He Would Have Backed Off’

INDIANAPOLIS — It was two laps to go to determine the winner of the 106th Indianapolis 500 and Pato O’Ward was second behind leader Marcus Ericsson. Typically, that’s a great place for a restart as the second-place car is able to dive behind the leader, build up momentum in the draft and then slingshot into the lead on the frontstretch. The maneuver worked perfectly, but at the start of the final lap, O’Ward went to the outside of Ericsson’s Honda. “I had a really, really good run on him,” O’Ward explained. Typically, it’s O’Ward with the aggressive move but in Sunday’s 106th Indianapolis 500, it was Ericsson who used aggression to his advantage. “It was too fast in the straight, maybe if I would have timed it a little bit better,” O’Ward reflected. Both O’Ward and his full-time teammate Felix Rosenqvist had great races in the Indy 500. “Every year not really doing much different,” O’Ward said. Second place is typically a very good finish in a race, but when it’s second place in the Indianapolis 500, the accomplishment is often overshadowed by the disappointment.