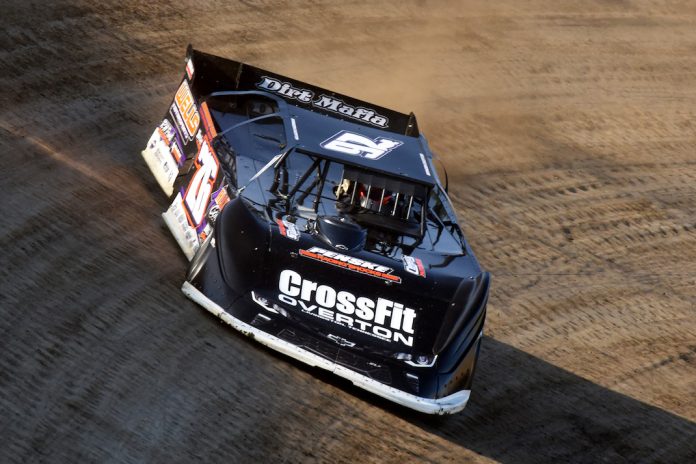 CROSSVILLE, Tenn. — After four straight years of victories at Crossville Speedway, you can officially hand over the keys to Brandon Overton. Overton would take the lead at the start of the event, while Donald McIntosh, Ross Bailes, Cory Hedgecock, and Chris Madden would give chase. The restart would see Hedgecock take the second position from McIntosh, with Madden going third, followed by McIntosh and Bailes. Hedgecock and Madden would battle for the second position, while Bailes would work past McIntosh. The restart saw Overton remain on the point, while Bailes and Madden would work their way past Hedgecock after an entertaining battle for the runner-up slot. The next restart would see Overton lead Hedgecock and Madden, while McIntosh and Pearson Lee Williams now running fourth and fifth.