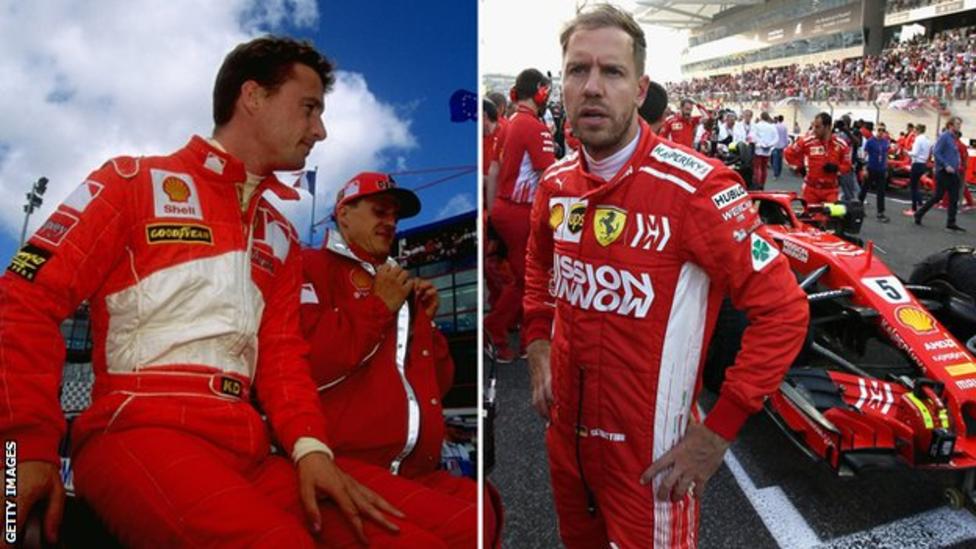 Ex-Formula 1 racer Eddie Irvine has called four-time World Champion Sebastian Vettel a “one-trick pony” in a scathing assessment of the Ferrari driver.
He also said Lewis Hamilton is the best driver of this era, but the British five-time world champion “isn’t even close” to Michael Schumacher.
Lewis Hamilton: “I think Vettel is good if he is at the front and doesn’t have anybody to race.”
Lewis Hamilton: “I think Vettel is a good driver, but as a four-times world champion, I just don’t see it.”